In case you can't attend the performance, but would like to make a
donation:

Casa Hispana is having a FREE event this Sunday June 1, 2008 at Telulah Park in Appleton from Noon until 4:00PM to Celebrate International Children's Day.

Feel free to pass this information to your friends a family. If you wish to volunteer, call Hispana 920 968-6880.

The 18th Annual MLK Celebration will be held at the Lawrence University Chapel on Monday evening, January 19, 2009 -- theme & speaker to be announced

The service will feature children's essays, a choir presentation, and the singing of "Lift Every Voice and Sing."

Mark your calendar and watch for details!

Immigration: Look into a mother's eyes

Look into the eyes of a mother who faces the agonizing decision of choosing between her children. Two who made the difficult decision to leave their homeland of Mexico in search of an escape from poverty, and the other who chose to stay and try to eke out a living in a country whose poverty rate escalates, as does the cost of living, due to their policies and ours.

Either decision she makes, she loses a child. In this case, she chose to come to America, facing the untold terrors of crossing a border and coming to a strange and often unfriendly land. She joins her son and daughter and struggles every day to make a living and send money back to her family.

She has not seen her beloved son for two years; she does not dare return to Mexico and he, like most Mexicans, cannot get a visa even to visit her here.

She does not see her son, her mother or her brothers, and knows that she may not see them, ever again. I've looked into her eyes and, as a mother, felt her grief.

When you look into her eyes, thank whatever higher power you believe in that you were fortunate enough to be born here, where you don't have to make decisions that break your heart and realize that it is indeed only fortune that separates you from her.

Look into her eyes when you think about how we will solve the issue of immigration. I hope you can feel compassion for her and urge our politicians to make just and fair decisions as they ponder this issue.

Help them make decisions that will no longer tear families apart but allow paths to citizenship for those already here and opportunities for their loved ones to join them.

NEW World Cinema
Fox Cinema Café, 400 Third Street, Menasha (map)
Show times: 8:00 PM Ticket: $5
Each showing will be followed by discussion
All movies have English subtitles
June 29 & 30, 2008
Adam’s Apples (Denmark, 2005)
Rated R Dir: Anders Thomas Jensen
Sentenced to community service at a small, countryside church, Adam, a middle-aged neo-Nazi, is warmly welcomed by the cheerful vicar, Ivan. Although Adam is crude, full of hostility, and beyond redemption, Ivan encourages him to choose a goal that will occupy his time there. When Adam dismissively tells the vicar that he will bake an apple pie, Ivan assigns him the task of nurturing the church's lone apple tree.

July 27 & 28, 2008
Persepolis (France, 2007)
Rated NR Dir: Vincent Paronnaud & Marjane Satrapi
Marji Statrapi and her family are happy with Shah's defeat in the Iranian Revolution of 1979. While growing up, she discovers how the new Iran has become a repressive tyranny on its own. Marji refusing to remain silent at this injustice is sent to Vienna to study for a better life. However, this change proves equally difficult with the young woman finding herself in a different culture. When she returns home, Marji finds that both she and homeland have changed too much and she must decide where she truly belongs.

August 24 & 25, 2008
The Band’s Visit (Israel, 2006)
Rated NR Dir: Eran Kolirin
When the Alexandria Ceremonial Police Orchestra arrives in Israel from Egypt for a cultural event there is no one to meet them and take them to their destination of Petah Tiqva. They find their own ride and arrive instead at the remote town of Beit Hatikva. Stuck there until the next morning, the band gets help from Dina,who offers to put them up for the night. As the band settles in as best it can, eachof the members attempts to get along with the natives in their own way.

For more information contact the Fox Cities Rotary Multicultural Center at 920.882.4056 or contact@foxcitiesmulticultural.org

North Theatre Class to Present Original Disability Awareness Play “Much Like You”
On Thursday, May 29th, the Appleton North High School Theatre Seminar/Production class will present an original theatrical piece entitled “Much Like You” at 7:30 P.M. in the Large Group Instruction Room at North High School. The 35 minute play deals with the subject of the physically and cognitively disabled and the attitudes and beliefs we bring to each other. The play utilizes a combination of performed poetry and original monologues -- many based on real-life situations which have occurred at North High School.

Each year the North Theatre Seminar/Production class prepares a production dealing with some social issue topic relevant to our community and its youth. Previous classes have dealt with the issues of tolerance, abuse, depression, suicide, homelessness, and drunk driving. The play will be performed for North students during the school day on May 30th.

Renaissance to offer play on Co-Dependency, “Under the Influence”
The Renaissance School for the Arts’ Social Issue Theatre class will present a free public performance of the play UNDER THE INFLUENCE in the West auditorium at 7:30 P.M. on Tuesday, May 27th. UNDER THE INFLUENCE is an original play by Ron Parker, Renaissance instructor and director of the eight students who comprise the cast. The drama has been performed in over 30 states nationwide. UNDER THE INFLUENCE is a play about drug and alcohol abuse, but not about the drug and alcohol abuser. Family members, friends, and others who are in a relationship with someone dependent on drugs and alcohol show the results of their co-dependency— anger and hate, loneliness and isolation, guilt, sorrow, and shame. The co-dependents in this play relate their tragic stories by speaking directly to unseen abuser. The play attempts to reach out to those using drugs as well by showing them the tragic effects their choices have on those they care about the most. An image of a mobile on stage shows how the co-dependent's life is thrust into a state of imbalance by the person dependent on drugs or alcohol. The purpose is clear—to help bring balance back to the lives of those who cry out for it so desperately and to reach out to those who abuse drugs by showing them how their behavior tragically touches those they care about the most. In addition to the public performance, students in both Renaissance and Central will view the production. The play lasts about an hour and will be followed by a brief talkback with cast and trained staff on drug abuse.

For further information on either play, contact Ron Parker, director at 832-4300 or via e-mail parkerronaldc@aasd.k12.wi.us .

Foods of All Nations - mark your calendar!

This year's Foods of All Nations, a multicultural feast and festival to benefit the Fox Cities Rotary Multicultural Center, will be held Saturday, August 23rd, 3:00-6:00 PM.

This event features food and entertainment from the numerous diverse cultures represented in the Fox Cities.

May Toward Community meeting

NEW World Cinema Spring 2008 Series 4-panel brochure
Each film will have a brief introduction and be followed by a group discusssion.
Next movie:
May 25 & 26, 7:00 PM Fox Cinema Cafe, 400 Third Street, Menasha

The Man Without a Past
Finland/2002 Director: Aki Kaurismäki
Drama/Comedy Rated PG-13

a story of poor people on the fringes of society. A man, who arrives in Helsinki in search of work, gets mugged and is beaten up so severely that he loses his memory. He rises up from the ashes, in a tight little community of homeless people and starts his life completely anew, from scratch, discovers love, and the values with which man will not be ashamed to live. A small story about people who still know how to be gentle. 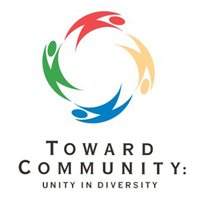